Before we get to our list of non perishable foods, I want to share some shocking food statistics:

So by eliminating so much waste, we can help to reduce much of our world’s starvation.

So today, let’s go over in detail the following non perishable food topics:

WHAT IS NON-PERISHABLE FOOD

Non-perishable foods are food that:

Remain stable and safe to eat for long periods of time without refrigeration.

We all know different foods spoil at different rates.

Milk and eggs will spoil quickly left out on the counter. While a granola bar might last several weeks with no ill effects.

There are extremes in food spoilage rates and the non-perishable items are on the far end of the spectrum. The further out, the less perishable it is.

Now, technically no food is truly non-perishable FOREVER. Eventually, all foods will become spoiled, become rancid, or lose their flavor.

Bacteria will eventually decompose all organic matter. It feeds off calories just as we do. It changes food’s taste, color smell, and can create foodborne illnesses if ingested.

Sure, with the help of technology non-perishable foods may last several decades. But don’t expect anything to last much longer than that.

Now that you know what non-perishable foods are – you may be wonder – so what? We have refrigeration, right?

But what happens when the power goes out for a few days or even a few weeks? Those frozen steaks, cartons of eggs, and your head of lettuce are in serious trouble.

And once those take a turn for the worst – you’ll be glad you kept some non-perishable foods in your pantry. Non perishable foods are a staple within the broader category of survival food kits.

That’s why here at SkilledSurvival we tend to focus on stockpiling food for emergencies. But there are other reasons to invest in non-perishable foods:

Sometimes it’s worth buying some non-perishable food for a camping trip. Why? Because you can avoid dealing with a cooler and melting ice.

It seems like every time I take a cooler camping, we buy lunch meat and brats. And every time the ice melts and the ham slices and brats end swimming. Creating a gross raw meet cesspool.

Instead, you can avoid this entire fiasco by taking a perishable meat choice – like Beef Jerky.

One example of this is if your backpacking or traveling. Non-perishable foods allow you to avoid building a fire or hauling a portable stove.

This can help save weight or space.

Plus, for backpacking, you are normally exhausted by the end of the day. You just want to set up camp, eat, relax, and go to bed.

So why not make the feasting process as simple and effortless as possible. It’s a chore to cook a meal when your energy is depleted, and your tummy is rumbling.

Most food drives, banks ask specifically for “non perishable food items”. They need foods they can stockpile, transport, and serve without worrying about refrigeration.

Can you imagine trying to feed thousands of homeless and starving people fresh salads? It would likely spoil before they could serve it…

One of the staples of food donation is canned foods – they are almost always a wise gift. But I encourage you not to just give canned food that you’ve never eaten because it’s gross. Donate taste and healthy canned foods!


As A Way To Introduce You To Skilled Survival, We're Giving Away Our Family First Food Planning Guide. Click Here To Get Your FREE Copy Of It.

No article about non-perishable foods would be complete without a list.

However, this list is not exhaustive. It contains a vast amount of non-perishable foods – especially the most popular ones. 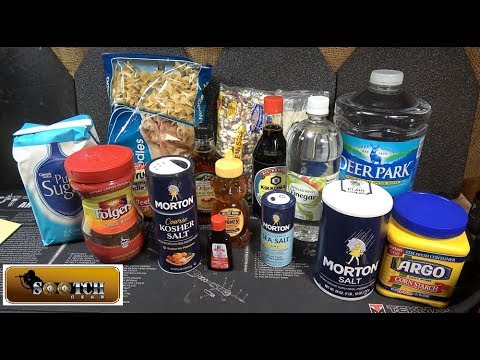 WHERE TO BUY NON-PERISHABLE FOODS

You can get many non-perishable items from your local grocery store.

Peanut butter, crackers, honey, etc. are all readily available to pull off the shelf. But one type of food that more difficult to find at the grocer is Freeze Dried Foods.

These non-perishable foods are made by specialty manufacturers. But you won’t find a wide selection of freeze dried foods in your local grocery store.

They sell them mainly at sporting goods stores or online.

So why go out of your way to invest in freeze-dried foods? Because they ARE the best food for survival and preparedness!

But freeze-drying meals yourself is both time-consuming and cost-prohibitive.

So, if you want to stockpile a significant amount of freeze-dried food we’ve got you covered. We’ve put together several reviews for you to get started.

I’ve personally used all three brands for my emergency stockpile.

Each of these companies has its pros and cons but they are all reputable. So do a bit of comparison shopping and get yourself some non-perishable freeze dried food!

Making a food non-perishable boils down to reducing bacteria’s ability to grow.

Bacteria is an organic entity; it’s alive. So just like you and me, it has basic survival needs (not all that different from ours).

Bacteria needs the following to survive:

Now – before we get started blocking bacteria – we can’t block the last item on the list – Food. Why? Because food is what we are trying to protect. Eliminate the food source defeats the purpose!

But if you block any of the other key ingredients, you can reduce bacteria’s evil plans to spoil your food.

Most of us currently prevent food spoilage every day using refrigerators and freezers. Cold temperatures reduce bacteria’s ability to survive or thrive.

In freezing cold temps, it dies. In cooler temps, it can survive but is weaker and doesn’t thrive.

Side Note: Before electricity and refrigeration – there were root cellars and ice boxes. Not nearly as convenient but the principles were the same. Lower temperatures preserve food longer.

Another way to combat food spoiling bacteria is to remove oxygen.

Bacteria needs oxygen to survive. So by using vacuum sealing, or oxygen absorbers, and/or mylar bags, you can store food separate from oxygen.

Finally, bacteria needs water (i.e. moisture) to survive. If you remove most or all the moisture in food, bacteria will not spoil it.

However, as we’ll see shortly, there is a big difference between dehydrated foods (reduced moisture) and freeze-dried food (near zero moisture)…

So now let’s go over a few of the more conventional ways people reduce bacterias ability to spoil their foods.

One time-tested way to preserve food is canning, especially your extra garden produce.

Essentially, canning is putting veggies into sealable cans with liquid. Then using a heating and cooling process to create a vacuum (i.e. no air).

Why? Because just like us, bacteria needs air to survive. So with no oxygen, bacteria cannot survive to destroy your canned foods.

Freeze drying foods is a process that removes nearly all the moisture out of food. But does so in a way that doesn’t damage the food.

Freeze drying leaves the food in a state willing to accept and reconstitute moisture. Usually, you just need to add liquids to the food and allow it to reabsorb moisture. With some meals, you add boiling water to reconstitute and cook the food.

However, freeze drying on your own is either complex or expensive.

If you try to make your own freeze dryer – it’s going to be a complicated engineering project. Yes, it CAN be done but at the cost of a lot of time and energy.

The other way to make your own freeze dried food is to buy a home freeze dryer.

Harvest Right is the leader in this home freeze drying industry.

So, buying a Harvest Right freeze drier makes sense if:

If you agree with any of those options – then you SHOULD definitely check out Harvest Right start by watching the video below. 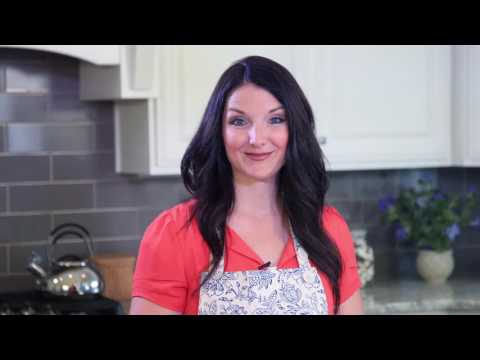 For everyone else, I recommend buying your non-perishable freeze dried foods instead. You should check out Valley Food Storage, Legacy Emergency Foods, or Mountain House.

Why? Because you can buy a whole lot of prepackaged freeze dried food for the several grand it takes to own your own freeze drier!

Dehydrating food is somewhat similar to freeze drying but it’s not nearly as effective. Both reduce moisture but in vastly different ways. Instead of using vacuum chambers and dried ice, you just use heat and air movement to remove moisture.

The combination of heat and air dries out the foods.

And again, lack of moisture is one proven strategy to halt or reduce the spoiling process.

One way to think about dehydrating vs freeze-drying is to compare it to a Refrigerator vs a Freezer.

But freeze drying is BETTER than freezers because it doesn’t need a constant flow of electricity!

So freeze drying is preferred for extremely long shelf lives – its the ultimate survival and preparedness food.

Back to dehydrating – the good news is, dehydrating is both easy to do yourself and extremely affordable. You can probably start dehydrating fruits and vegetables today using tools you already own.

All you need is one of the following: 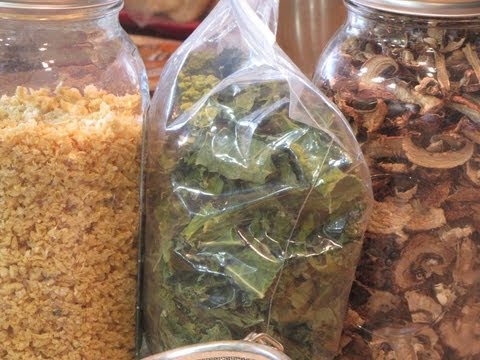 “The Lost Ways”- A Hardcover Book

I wanted to share with you one of the best non perishiable food resources I know of. It’s a book full of old school “lost” food preservation techniques.

It includes all the forgotten non perishable foods used before refrigeration!

This book includes step by step instructions on all sorts of Lost Techniques such as:

If these “lost” frontier living techniques interest you (or someone you know) – click here to learn more.

It’s an excellent book to add to a survival library.

Some non-perishable foods are healthier than others.

For example, MRE (meals ready to eat) are NOT known for their healthy.

They’re packed with calories to give soldiers in the field plenty of energy. But if you’re eating MRE’s and not exercising much, don’t’ be surprised if you start packing on the pounds.

Soups also tend to have a lot of sodium – so try not to eat canned soup for every meal!

However, nuts (like Almonds) are very healthy for you. Beans are a healthy form of protein.

And while canned vegetables do not taste as fresh as garden veggies, they’re still a healthy non pershiable food item. 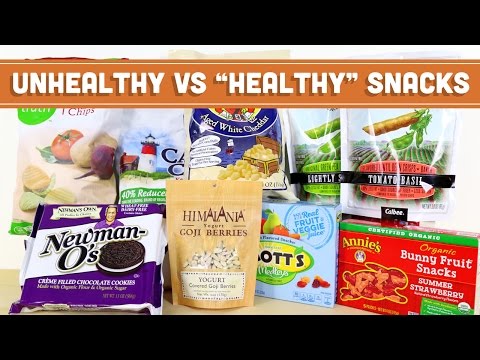 People tend to ask us about non perishable food-related to hurricanes.

Why hurricanes and not other emergencies?

I think it’s because hurricanes are a disaster you usually see coming for days ahead of time. So when a hurricane starts becoming a reality, people start researching their food options.

Other emergencies happen fast and unexpectantly – like tornados, earthquakes, wildfires, etc. You don’t the same amount of advanced-notice for these disasters…

With that said, your non-perishable food for hurricanes is no different than any other type of emergency. Calories are calories when the grocery stores are out of commission.

But maybe you should add a few extra cans of spinach (like Popeye) if you need the extra strength to weather the storm. Otherwise, any and all the foods in the non-perishable foods examples listed above will do for your hurricane prep list.

Just make sure you keep the non-perishable foods in a safe secure location. If your house is destroyed by the hurricane and your food was in your upstairs pantry – it’s gone!

So try to store the non-perishable foods (i.e. prepper food) in a basement or as secure a location as possible.